Hidden Secrets of the Victorian Fold-out

Hidden Secrets of the Victorian Fold-out

Not everything is digitised – yet. Thats the joy of exploring the sketches, journals and photos here in the Royal Observatory archives. But even when something has been digitised – by a library somewhere, by Google, whoever – there can be surprises when you find the real thing. Sometimes this is because of the Victorian fondness for fold-outs. I love them!

A map of Moskva

One of Piazzi Smyth’s most fascinating books is “Three Cities in Russia” – the story of Charles and Jessica’s travels in St Petersburg, Moscow, and Novgorod. I wanted to hold it in my hands, so I went onto the interwebs and bought one of those on-demand printed books. Opposite page 456 was a rather puzzling figure: 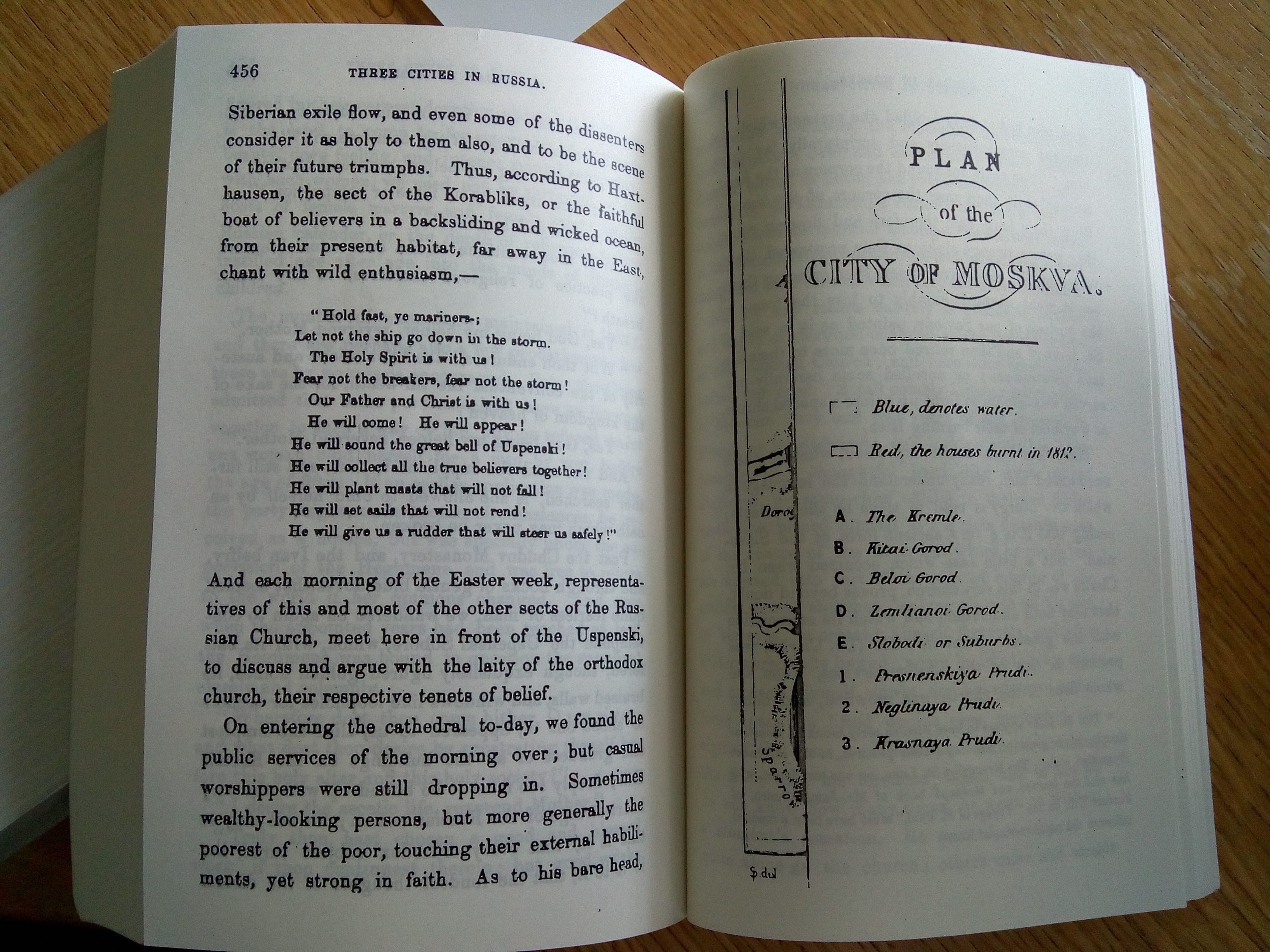 A little later I got a look at the real thing in the National Library of Scotland, on George IV Bridge. It was actually a very beautiful fold out map! 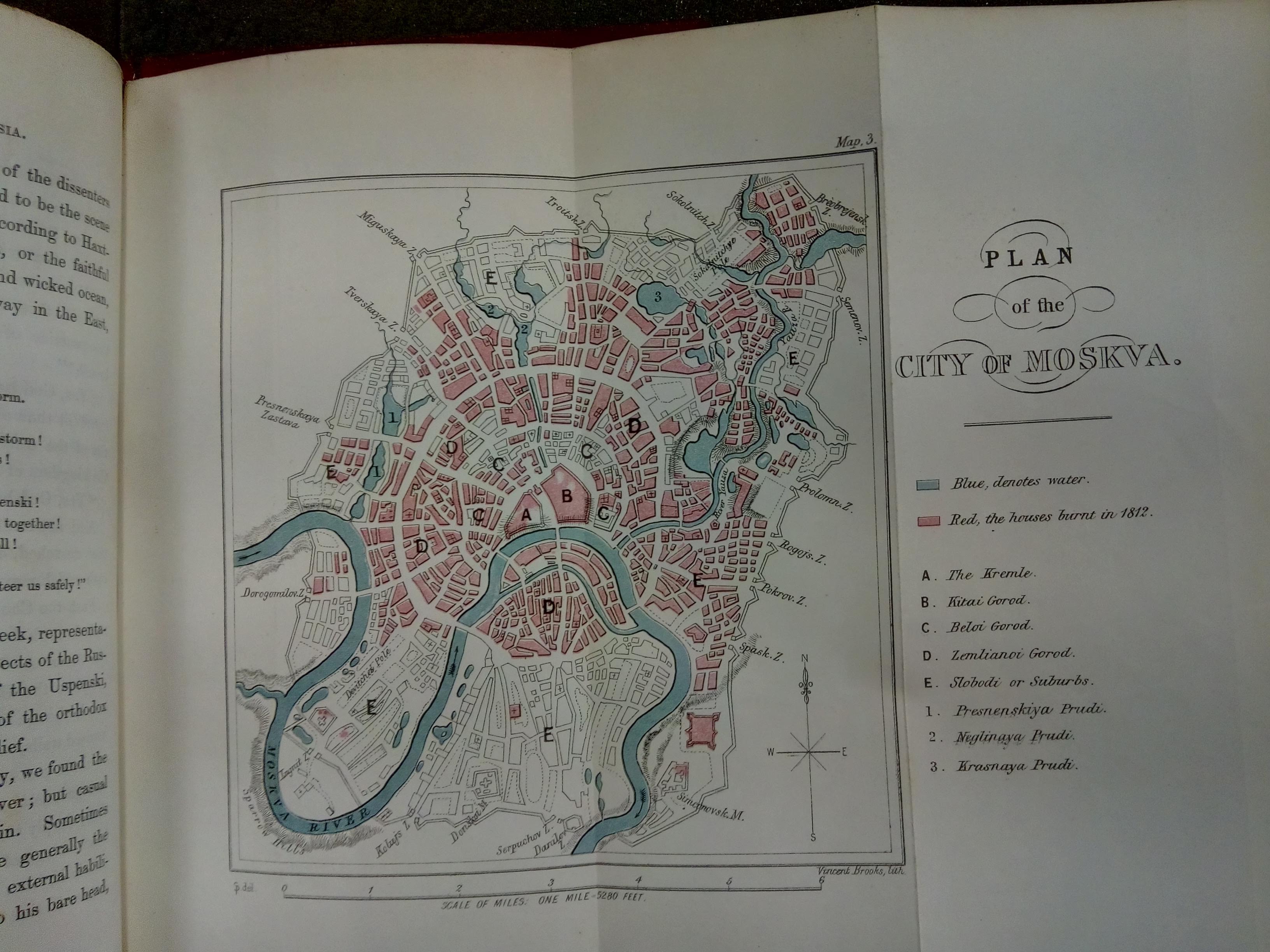 As I described in another post, the Time Gun Map was first published in the Edinburgh and Leith Post Office Directory of 1861. The wonderful folks at NLS have digitised these, but when I tried to find the map in the PDF file, it seemed to be only a wee scrap: 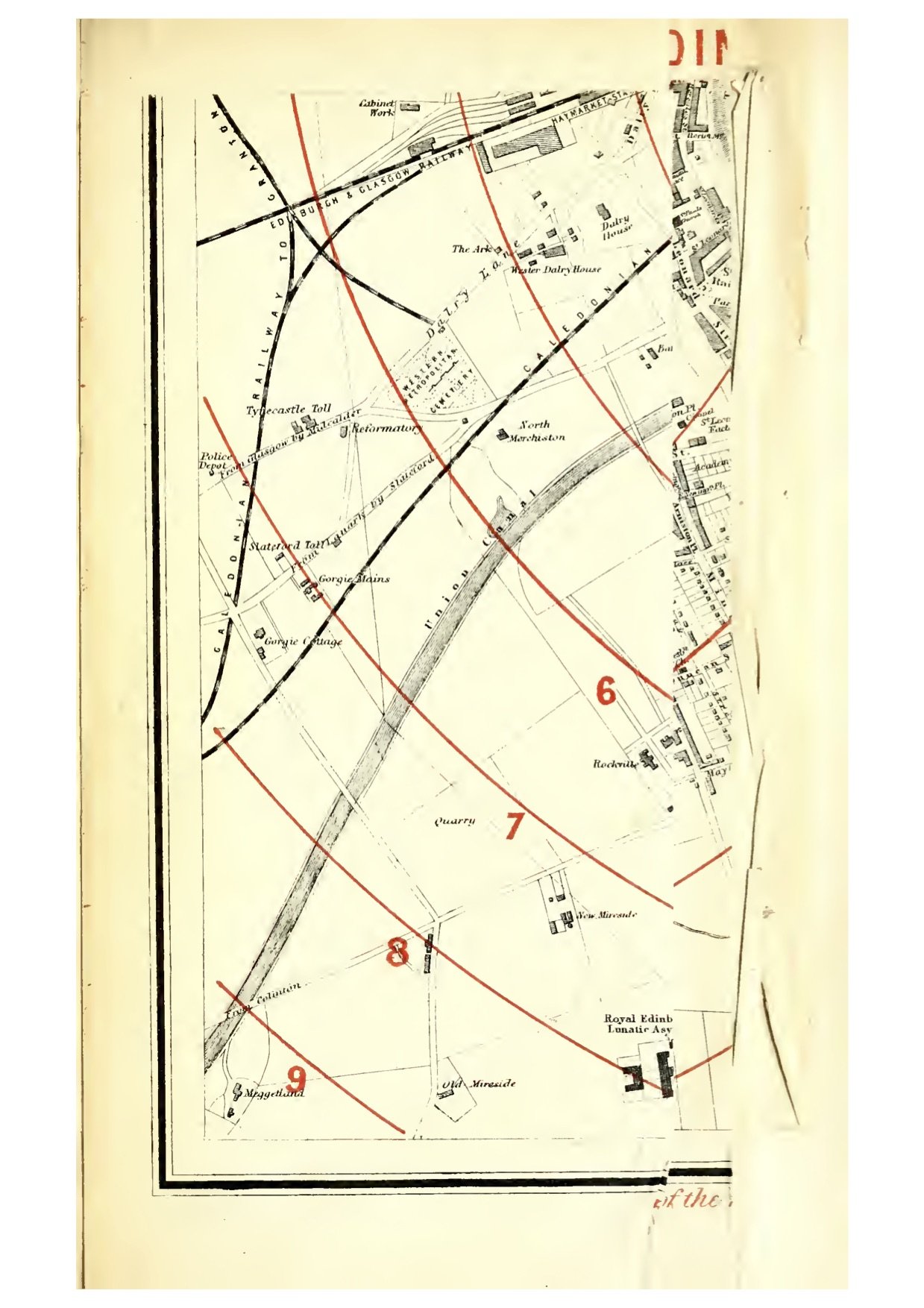 So it was off to George IV Bridge again, where I requested the real thing. It was another beautiful fold out! 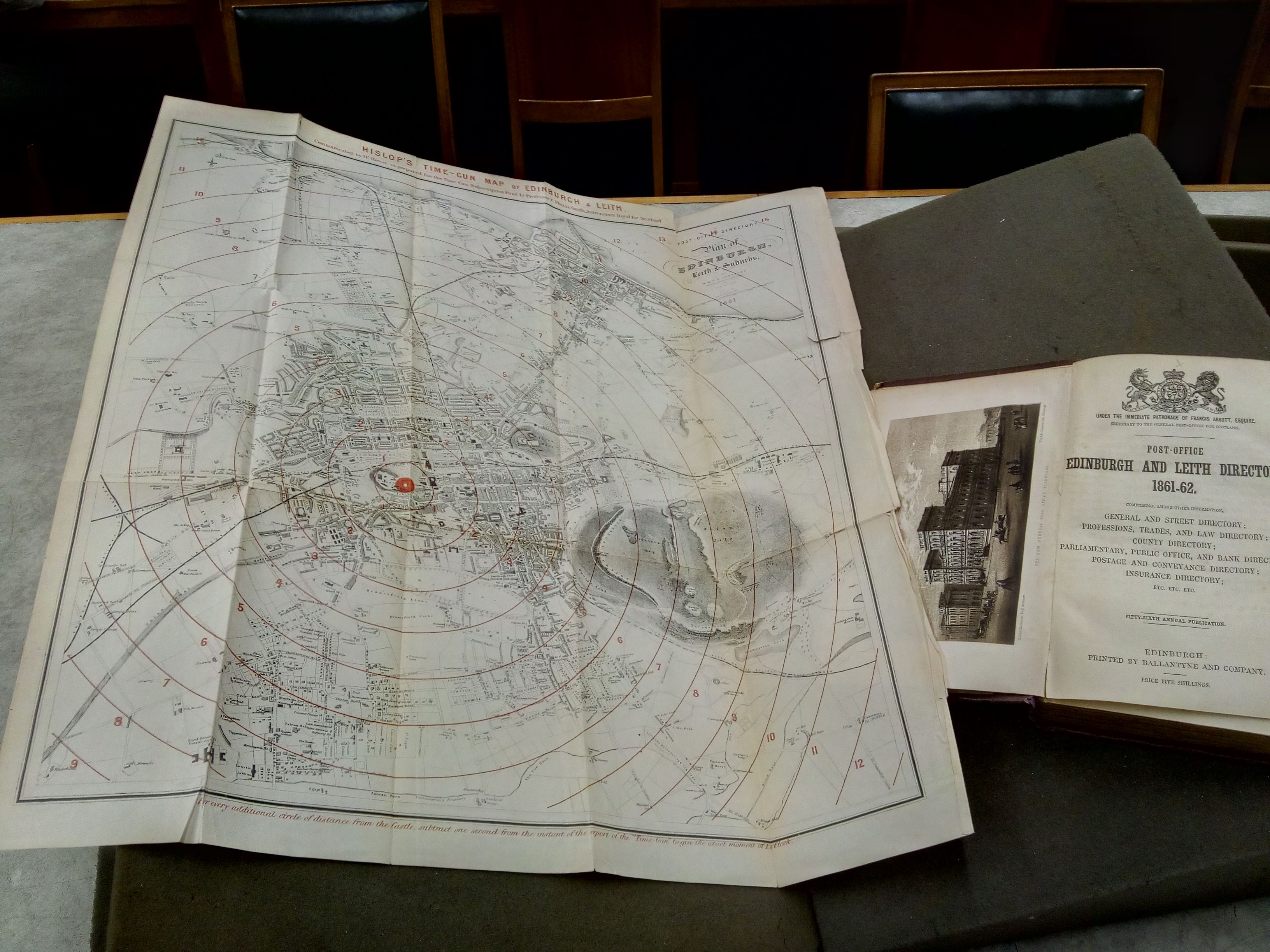 Over several decades Piazzi Smyth took readings of the temperature of the rock on which the Calton Hill stood. His accumulated findings were described in Volume 14 of the Edinburgh Astronomical Observations. We have this here at ROE of course, in a secure archive room, but I was reading it using a digitisation produced by Google using a Munich library copy. Plate 17 in that PDF turned out to be a bit useless:

So I trundled off downstairs and dug out the real thing. Another beautiful fold out:

Look at the rich information lost in that digitisation! Here is a detailed section: 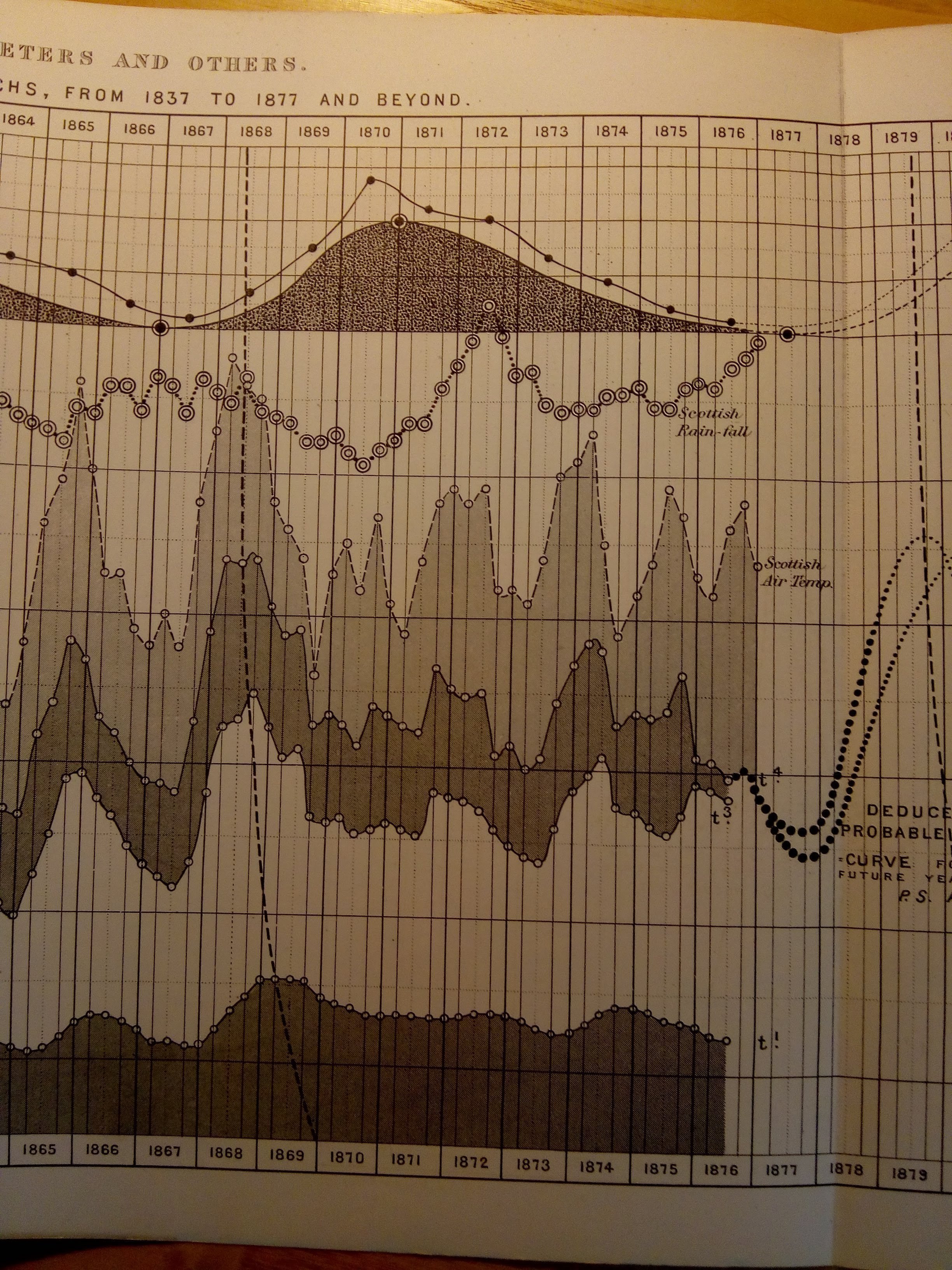 Well… there are more, but thats enough for now. By the way, the rock Earth thermometer stopped taking data in 1876, because it was broken by “a mad sailor from Leith”. But thats another story.