A new free exibition about the life, work, and legacy of Charles Piazzi Smyth, and his geologist wife and collaborator Jessica, opens on April 1st 2019, in the Nelson Monument on Calton Hill, Edinburgh. It includes video material and interviews, explanatory material, stereo photographs, and many examples of his beautiful artwork as well as his science.

Calton Hill is a historic site at the East End of Princes Street in Edinburgh. Sitting on top are the City Observatory, the National Monument, and the Nelson Monument. There are some glorious views as well! You get there by walking along Waterloo Place and then turning up some steps to the left.

The Nelson monument is a tower that was completed in 1815 to commemorate victory at the Battle of Trafalgar. In 1852 Charles Piazzi Smyth (CPS) started the Time Ball service from the top of the tower. The Time Ball still drops every day except Sunday at One O’Clock.

Today, the ground floor has extensive free exhibitions about Nelson, the Time Ball and One O’Clock Gun, and now the special room dedicated to CPS and Jessie. For £5, you can also get a ticket to climb the stairs to the top of the tower and get some of the best views in Edinburgh.

The Observatory on Calton Hill is where CPS did most of his Astronomical work. After CPS retired, the Royal Observatory moved to Blackford Hill, and the Observatory became the City Observatory – a facility for the public – but gradually decayed. Today it has been beautifully restored by the Collective Gallery, and is very much worth a visit.

The National Monument is Scotland’s national memorial to the soldiers and sailors who served in the Napoleonic wars. It was left unfinished in 1829, but is still a wondrous site. 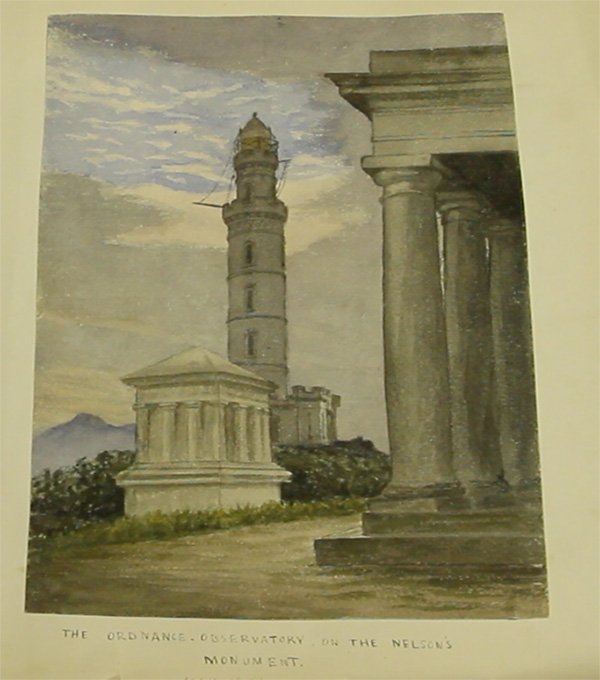 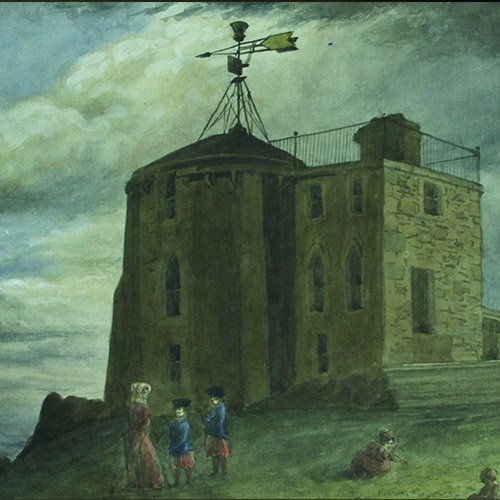