Who was Charles Piazzi Smyth?

Charles Piazzi Smyth was born on the 3rd January 1819 in Naples, Italy. The unusual middle name came from the Italian astronomer Giuseppe Piazzi, who was Charles’ godfather. In a way Charles was destined to his future work, as Piazzi, at the christening wished that Charles should become an astronomer.

When he was just sixteen Charles became assistant astronomer at the Cape Observatory, South Africa. He started surveying, observing and recording the night sky. To record his observations he sketched, painted and experimented with the new technology of photography.

Charles became Astronomer Royal for Scotland, in 1845. He was energetic in completing Henderson’s work, lecturing, and setting up the Time Ball, as well as immersing himself in Edinburgh society.

Charles and Jessie married in 1855, on Christmas Eve. The expedition, also their honeymoon, to Tenerife the following year established the practice of high altitude observation.

Their expedition to Egypt (1865), and the publication of ‘Our Inheritance in the Great Pyramid’ was to lead to prizes and controversy. Ultimately Piazzi Smyth’s adherence to his conclusions and arguments over Pyramidology led Piazzi Smyth to resign from the Royal Society in 1874.

In 1888 he resigned his post and retired to Ripon but continued to work on spectroscopy and meteorology. Jessie Piazzi Smyth died in 1896, Charles in 1900. 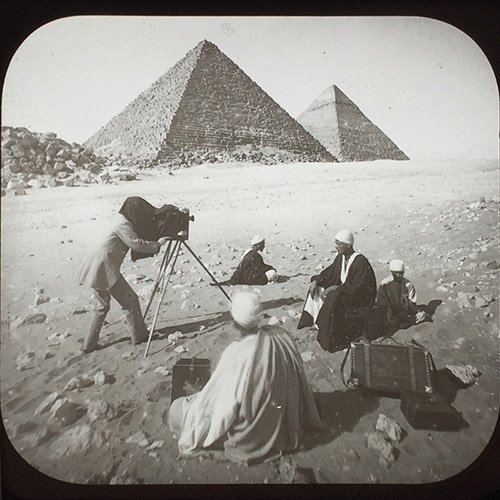