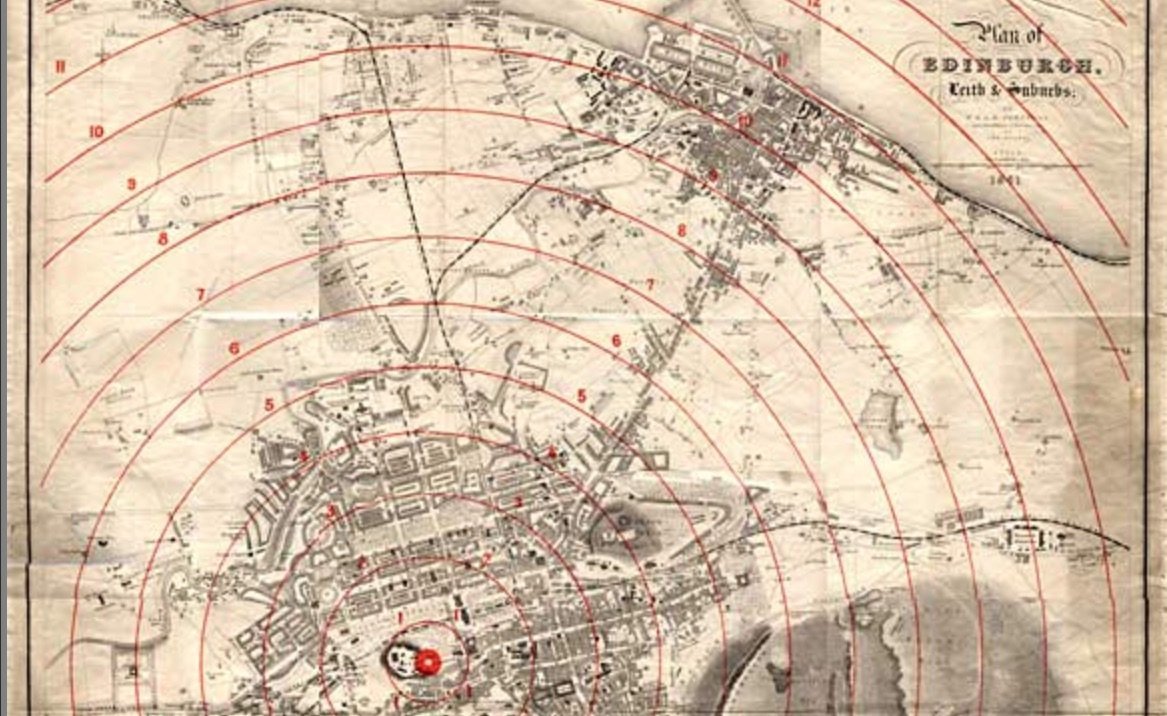 Knowing the right time is crucial for a modern society to work properly. In the eighteenth and nineteenth centuries astronomers played an important role – the turning of the stars makes the sky like a giant clock, which astronomers could use to make their physical clocks keep accurate time. But how to distribute the Observatory Clock Time to the outside world?

In 1852 Piazzi Smyth started a Time Ball service – a large Ball that is lifted to the top of the Nelson Monument, and drops at exactly One O’Clock. This was good for sailors in the Firth of Forth, but not so good for Edinburgh citizens spread all over town. So in 1861 he set up the One O’Clock Gun service from Edinburgh Castle. He stretched a cable all the way from Calton Hill to another clock on Castle Rock, which fired the Gun.

However, if you don’t take account of the sound travel time, you could easily set your pocketwatch wrong by several seconds. So Piazzi Smyth worked with Mr Hislop to make a “Time Gun Map of Edinburgh and Leith”.

Today, we set our clocks using a national time service and automated wireless signals, and the Gun is a sentimental tradition and tourist attraction. You can learn much more about the Gun and its history at the website of the One O’Clock Gun Association.

But did Mr Hislop get it right? In Piazzi Smyth’s anniversary year, we thought it would be great fun and very instructive to use modern technology to measure accurate time delays and re-create the map. We can also ask interesting questions such as – does the delay depend on atmospheric conditions, or wind speed?

Our plan is to work with Historic Environment Scotland, the British Army, Edinburgh Citizens, and selected Schools in Edinburgh to make these measurements and work with the data. The exact plan is still in the process of formulation, so watch this space. 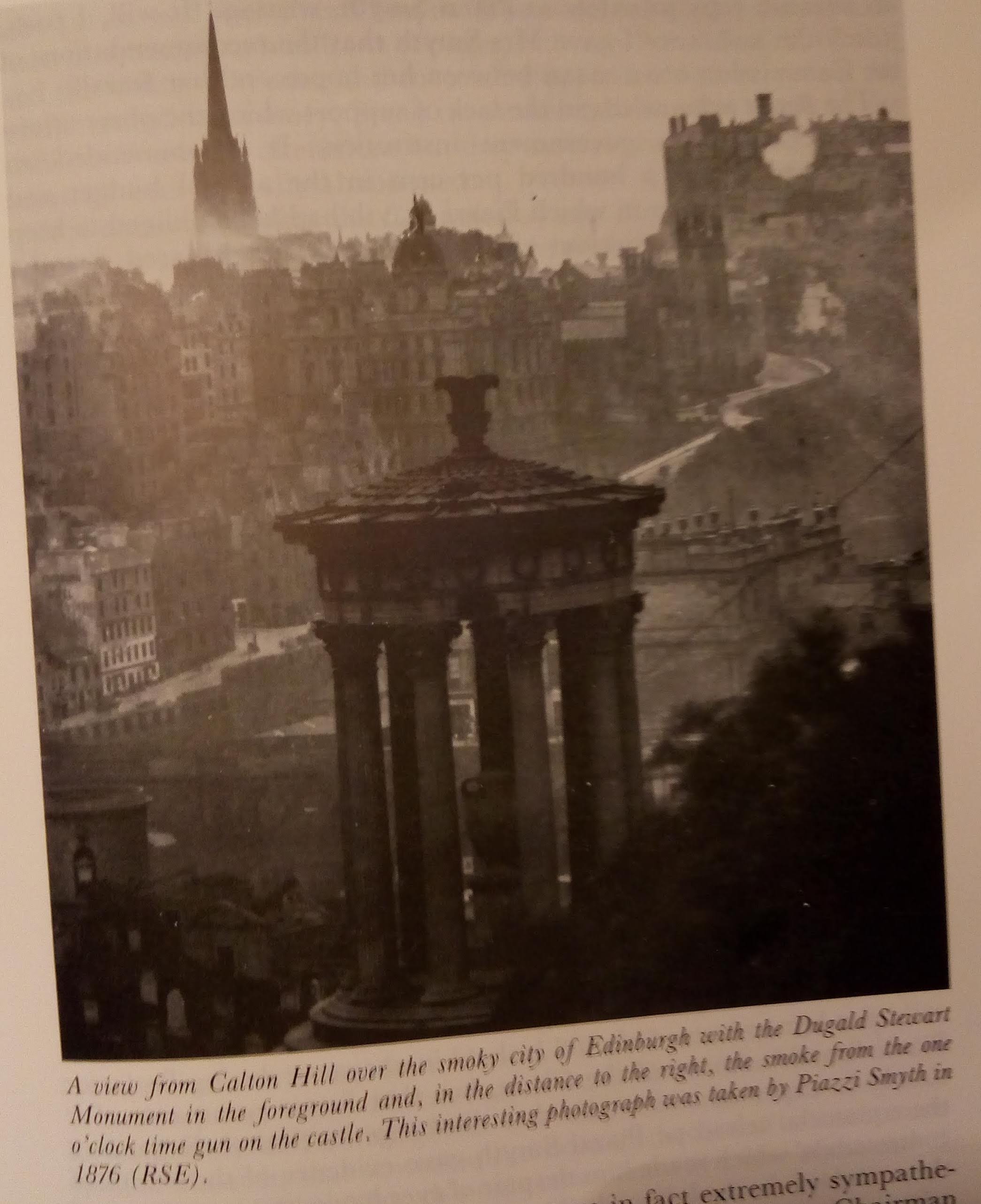